The Abenab Mine operated as an open pit and underground mine from 1921 to 1947 by South West Africa Company primarily for the lead-zinc. It is possibly the largest known and highest-grade deposit of vanadate ore in the world.

Initial production was 30 to 80 tonnes of high-grade vanadium ore, recovered by blasting and hand-sorting. By 1923, the mine had been developed and was operating at a production rate of 1,000 to 2,000 tonnes per annum.

The pipe was mined to a depth of about 215m until reduced grades and the flow of underground water rendered further mining uneconomic. 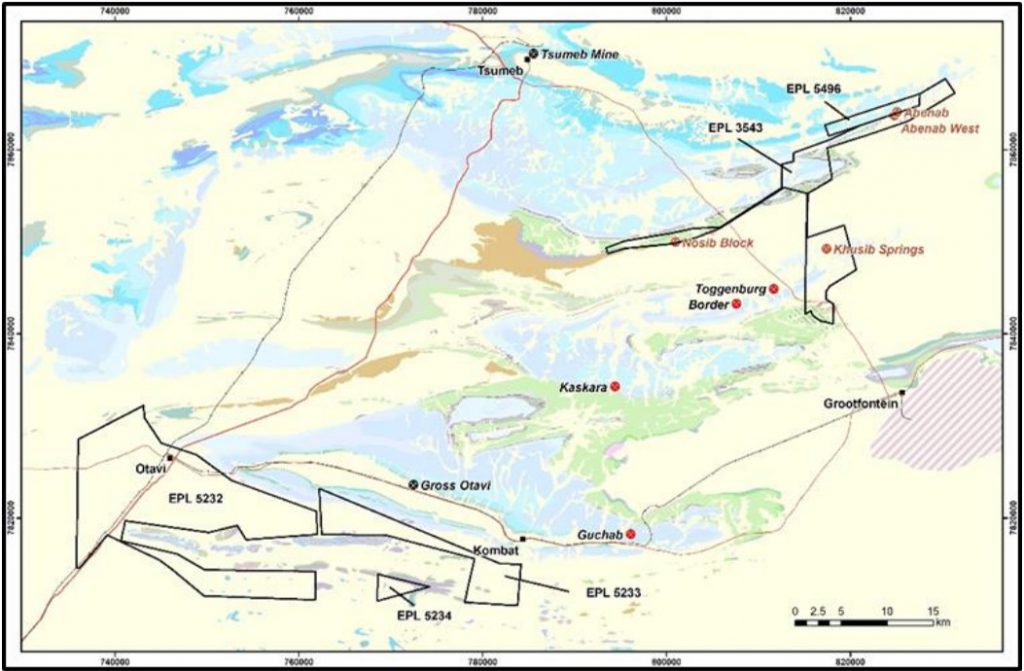